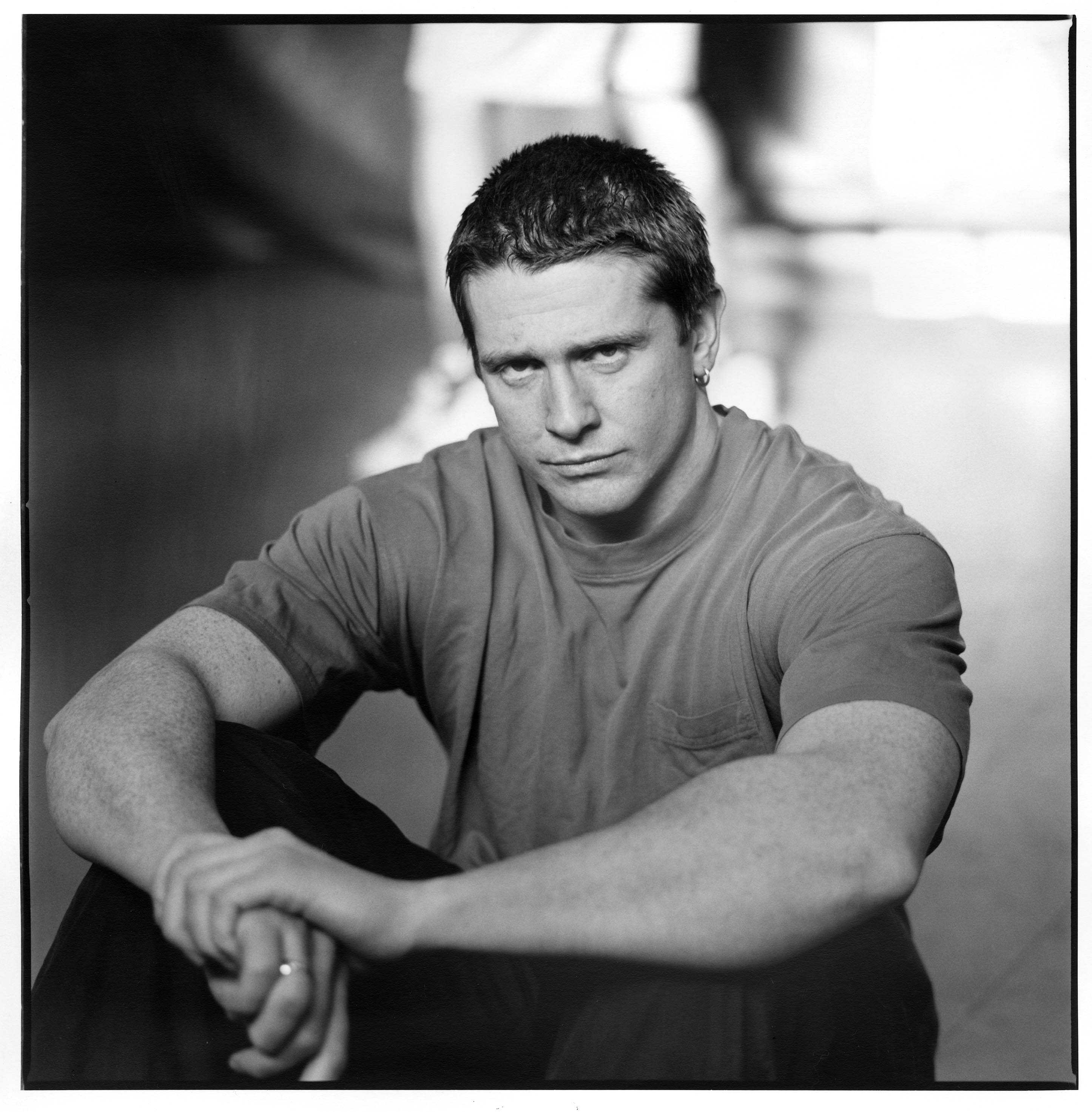 Walk around Damien Dempsey’s patch of Dublin’s northside and the places and people are like ancient dolmens round his lyrics. Turn a corner near his family home and there still are the “factories, trains and houses” he sang about on Shots, albeit quieter now, and more subdued.

Tradesmen walk around mid-morning with rolled up tabloid newspapers under their arms. A generation lies idle in a community struggling to re-establish its identity and sense of self.

For Dempsey, people and place are King. His voice is Dublin yet wholly distinctive, almost clichéd to say it, but he is part of a rich bloodline of Irish singers from Luke Kelly to Ronnie Drew, Christy Moore to Andy Irvine. Their kin outside Ireland are Springsteen and Guthrie, Dylan and Marley.

In Almighty Love, Dempsey’s sense of place reaches out beyond Donaghmede and North Bull Island, where he first performed in public as a teenager, across the Irish Sea and further afield.
The locale is still in the lyrics. It’s there in the hauntingly poetical Chris and Stevie, a tribute to male bonding and grief. You can hear it in Canadian Geese – large migratory birds whose flight path took them past Dempsey’s boyhood window. It’s there also in the references to railway tracks and waves, visible from the rooftops of Dempsey’s childhood home. Those railway tracks took Dempsey and his boyhood friends out into their own imaginations and he hasn’t forgotten.

Almighty Love goes on a journey of a different kind. Dempsey, at 37 years old, has already said so much about self and state that trying to plough over old ground wouldn’t have been artistically challenging or fresh. So instead, he has given us an album of confidence and maturity, which has a more global sound to it and a broader scope. It is at once bigger and quieter, still rallying against injustice, yet with a more reflective and thoughtful tone, communicated more widely.

Some of the anger of earlier albums has been refocused. Now, he is singing for himself, attempting to put in context his experience as an Irishman who has seen something of the world and learned more about himself.
It’s not that Almighty Love is a radical departure. It’s more an evolution on previous themes and concepts. The anthems are still there: Busting Outta Here, The Good and the Great, Community and Almighty Love.

His generosity of spirit, affiliation with those in need and the downtrodden, and recognition of their suffering, remains. It prevails even when that preoccupation may shine a spotlight on aspects of modern society that are uncomfortable to face. Dempsey faces them, and himself, and us. Toe-to-toe.

So how do you describe Damien Dempsey’s music to someone who hasn’t yet been exposed to it? Take some reggae, fuse it with traditional Irish music, add in rock and folk and put it all through a grounded working class worldly aware yet caring consciousness, and you’re some bit of the way there.

Damien Dempsey is quite simply and unequivocally himself: Damo.

He’ll draw on Orwell and Kavanagh, on Chomsky and Joyce, but you probably won’t know that by listening to the album. It’ll just make sense if you happen to go looking for it.

In Almighty Love there are overt references to Gandhi, Marie Colvin, Tony Benn and Rosa Parks. There are themes of injustice and longing and loss, of heartache and hope, despair and adventure, excitement and childhood.
This is an album from a travelled man, from a singer who is still rooted in the local but not bound by the locale, and not afraid to stretch his geographic and vocal boundaries. He is reaching out beyond the Dublin shoreline of his youth and diving into a new artistic sea.

His vocal range too has broadened its strokes. The punch is still there, but it’s more personal and he’s now more likely to show than shove.

In Chris and Stevie, the refrain “I’m missing you today” is maybe not one a 20-year-old Dempsey could have or would have sung. Now he is a man who knows it’s good to cry. Men should cry more. It’s okay for men to cry. Crying and singing. Crying and healing.

“I feel the hate in my own land against me for who I am,” sings Dempsey in Born Without Hate. He is taking the discussion he started with an earlier song, Colony, and stretching the theme.

Back then, he sung about how some colonisers took what wasn’t theirs.
Now, he sings about how quickly the colonised forget what they didn’t have.

Glorious revolutions can breed terrible evil and rage. Bob Marley understood that and London based poet and rapper Kate Tempest understands it too. She collaborates with rhythmical focus and fury on Born Without Hate, adding to the internationally grounded feel of the album.

Like all good songwriters, heartache is never far away. In Bustin Outta Here, Dempsey is breaking from a bad place. He’s done with beating himself up. Others will do that for him. Now he wants to heal.

There isn’t a preachy pose on this album. He doesn’t have to force his point home. This album is as subtle as a Damien Dempsey album gets and yet it feels bigger. After listening, kids will still look to him as a Rocky-type figure and adults will still turn to him for his particular poeticism.

Of course, with any Damien Dempsey album, there’s politics. Or at least in this case, there is political thought. People have come to expect Damien Dempsey to say something about today, about the world, about us.
On Moneyman, he rails against the banking bureaucrats who have mortgaged entire nations for decades to come. He says it as it is, but manages to do so in a way that sets it in a historical and social context, which is relevant, and above all, real.

Ultimately then this is an album of grounded hope, both personal and national.

Making Almighty Love was a long and careful process. Damien worked with long-term collaborator John Reynolds, who is an internationally recognised producer. This is their fifth album together, and theirs is an instinctive and homely artistic relationship, and it shows.

Of the 100 or so songs earmarked for the album, they chose nine originals and one cover – Andy Stewart’s Fire in the Glen, which Damien was singing in the kitchen late one night and it stayed in the air and drifted into the studio.

Sinéad O’Connor, one of the greatest voices of her generation, adds backing vocals, but gives without taking. Her voice alongside Damien’s makes sense in their mutual authenticity and authority. They both have something to say and they give each other the space to say it. Symbiotic is probably the technical term.

All that is mighty about Dempsey Dempsey is on this album. We hear the universality of the man and his concerns, are invited to connect with his accessibility, and can’t help but be lured by his unique vocals and particular rhythms.

This is an artist who has grown up and is self-confident enough to do it his way.

The fist and the fragility: that’s perhaps how you could best sum up the lyricism of Almighty Love. It’s Dempsey singing from the heart and soul as he always does, but there’s maturity reflected in the lyrics now as well as a resignation, a brave emotional openness and an easing of unease in his own skin.