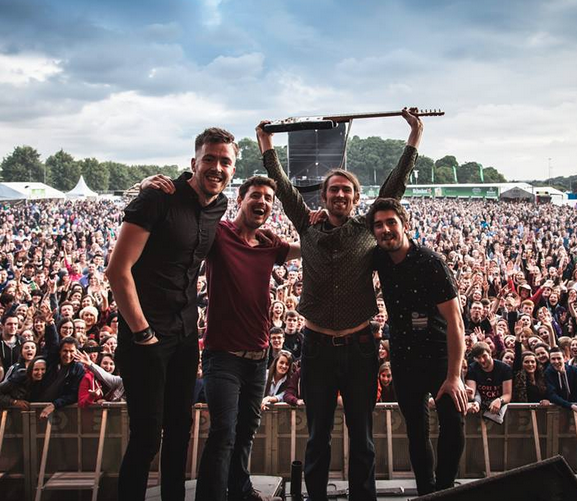 If there were awards for resolutely sticking to your guns, The Riptide Movement’s mantelpiece would be straining under the weight of all the silverware, having made multiple incursions into the Irish top 10 with debut album ‘What about the tip jars’ and sophomore album ‘Keep on keepin’ on’ they have finally arrived with their third studio Album ‘Getting Through’ which went straight in at number 1 in the Irish albums chart on the 1st week of its release, their new video for smash hit ‘All works out’ starring Amy Huberman and Paul Ronan has gone viral. https://www.youtube.com/watch?v=CshpZTyEqs0  And having gigged their way from Dublin to Delhi with a stop-off in Pilton to slay the Glastonbury masses; take to the UK airwaves with all 50 of the BBC Concert Orchestra; collaborate with Jim Sheridan on an update of The Commitments and, last summer, support The Rolling Stones at their Hyde Park homecoming. This is one show you cannot afford to miss, check this out https://www.youtube.com/watch?v=LH1kY7NB9VU

‘Ireland’s number 1 album ‘Getting Through’