A Conversation on NARCOS Comes to Galway and Limerick May 20th & 21st ! 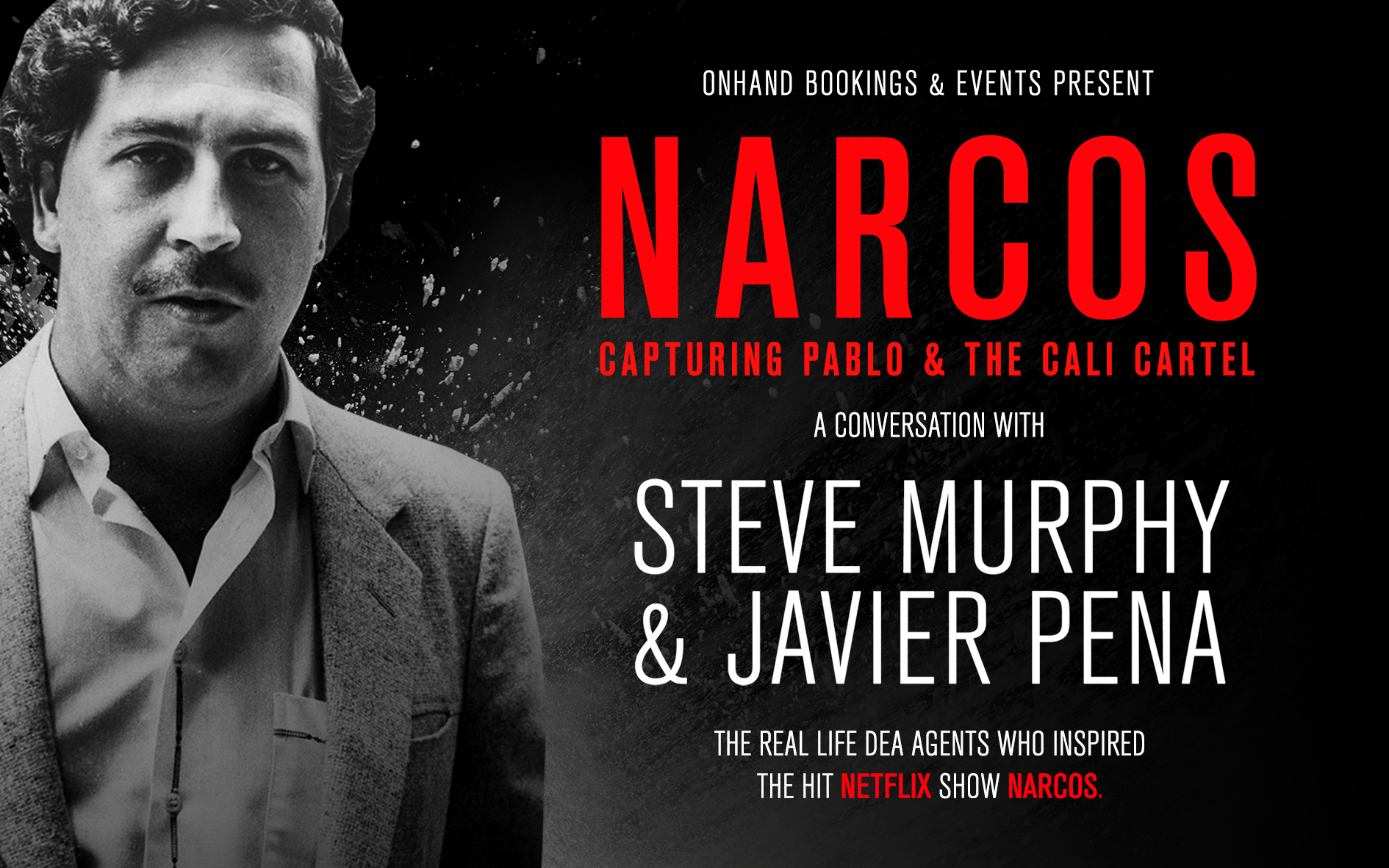 A  Conversation on NARCOS Comes to Galway and Limerick!
NARCOS  – An evening of conversation on the capturing of Pablo Escobar and the Cali Cartel

With DEA Agents Steve Murphy & Javier Pena Who Inspired the Series
Tickets Go on sale this Friday at 9.30am
Galway and Limerick dates have been announced for ‘NARCOS – Capturing Pablo & The Cali Cartel’ this May. Join the real life DEA agents,  Javier Pena and Steve Murphy, who inspired the Netflix show in conversation.
Narcos, a conversation with Steve Murphy and Javier Pena on the capturing of Pablo Escobar and the Cali Cartel arrives in  Galway (Galmont Hotel) on 20 May and Limerick (Lime Tree Theatre) on 21 May. Tickets go on sale Friday 9th February  at 9.30am from www.ticketmaster.ie / www.limetreetheatre.ie and www.monroes.ie.
The actions of Pena and Murphy were the inspiration for the hugely popular Netflix crime series “Narcos”, which tells the story of Colombia’s infamous drug cartels and Pablo Escobar’s fight to maintain his position as the most powerful player.
Agents Pena and Murphy will speak about the rise and fall of the Medellin Cartel and the role the Agents played in bringing down its notorious leader, the ‘King of Cocaine’. The evening’s discussion will shed light on their input into the hit Netflix series, where they will reveal information which does not feature in the show, followed by a Q&A session with the audience.
Javier Pena was brought up in Kingsville, Texas and in 1984 he joined the US DEA. Four years later the Retired Special Agent in Charge volunteered for an assignment in Bogota, Colombia. It was there that Pena and his partner, Special Agent Steve Murphy, set out to bring down the Medellin drug cartel and its leader Pablo Escobar.  Pena was awarded Colombia’s highest honour for his efforts, and received commendation awards from the DEA and the wider international community. He is regarded as an expert on the subject of the Medellin Cartel.
Steve Murphy began his career in 1975 as a Police Officer in the City of Bluefield, West Virginia. In 1987, Murphy joined the DEA as a Special Agent and was assigned to Miami, Florida where the cocaine trade was exploding. In 1991, Special Agent Murphy was transferred to Bogota, Colombia. It was there that Murphy and his partner, Retired Special Agent Javier Pena, targeted the notorious narco-terrorist Pablo Escobar and the Medellin Cartel.  Murphy received multiple honours and awards, during his career, including ‘DEA Special Agent of the Year’ and the ‘Distinguished Service Cross’ from the Republic of Colombia. All 3 Narcos Seasons are available on Netflix.
Tickets on sale Friday 9th February  at 9.30am from www.ticketmaster.ie / www.limetreetheatre.ie and www.monroes.ie

February 7, 2018 Comments Off on A Conversation on NARCOS Comes to Galway and Limerick May 20th & 21st ! Uncategorized admin