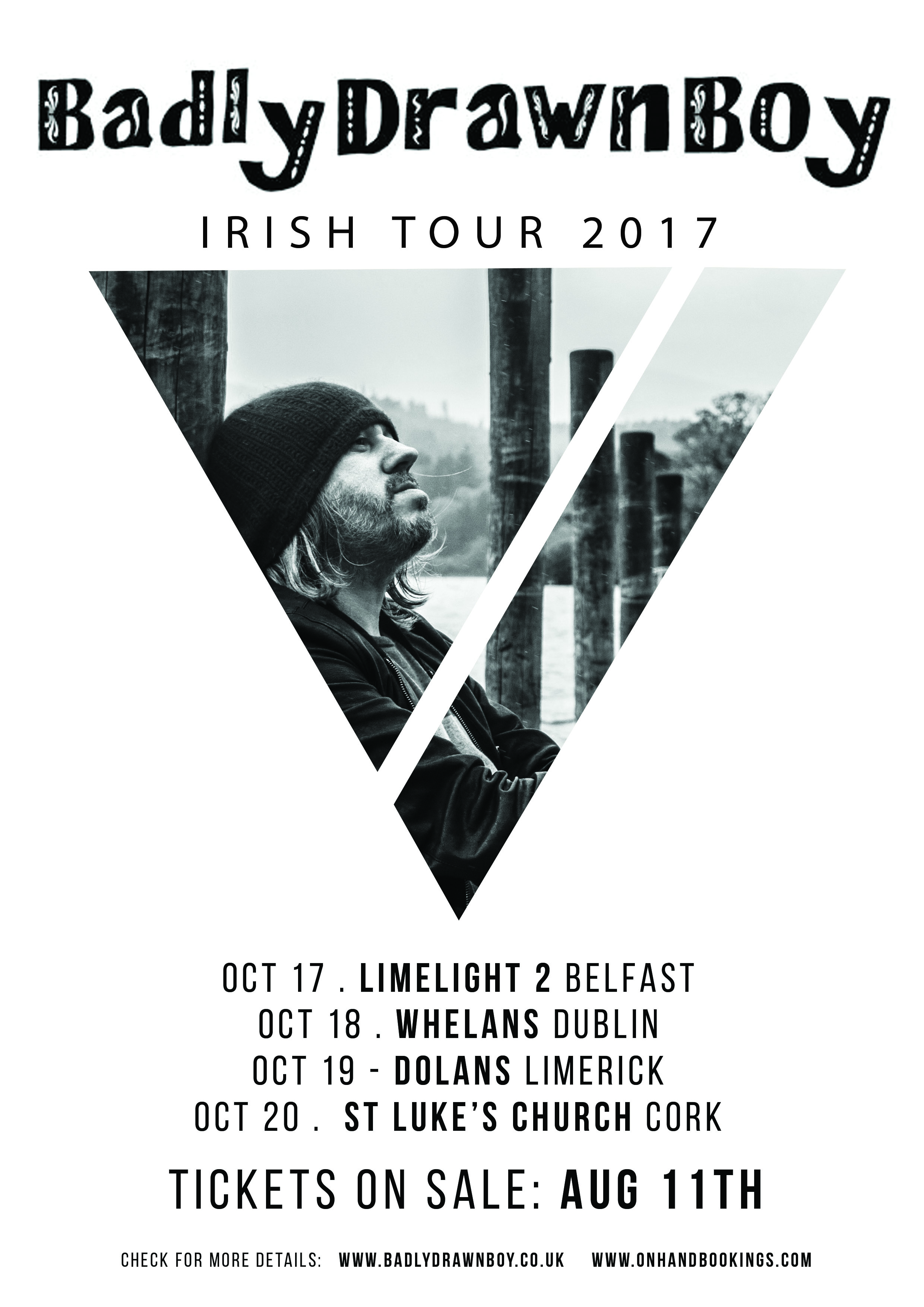 First Irish Tour in over 6 years!

After a couple of Sold-Out Irish shows last year and headline sets at Sea Sessions alongside a sell-out at The Galway Arts Festival Badly Drawn Boy or Damon Gough as he’s known to by his Mum makes a return to Ireland for a tour to include Dublin, Belfast, Cork and Limerick.  In his own words “I really love playing Ireland and I can’t wait to get back to Tour the country. I get a lot of love from the Irish Audience. ” Damon is having something of second coming and as he says himself he’s only half way through his career. He likes to think of the second half only staring now.

Go right back to 2000 and  the Mercury Prize-winning, seminal ‘The Hour of the Bewilderbeast’, announced the arrival of the badly drawn genius of Damon Gough. It’s been a curious, wonderful, inimitable, unpredictable career so far of major prizes and minor incidents, all possibilities and magic in the air.  Since then he has released four subsequent studio albums – Have You Fed The Fish? (2002), One Plus One Is One (2004), Born In The UK (2006) and It’s What I’m Thinking Part 1: Photographing Snowflakes (2010) – and three film soundtracks, About A Boy (2002, from the film of the same name), Is There Nothing We Could Do? (2009, from the Caroline Aherne film The Fattest Man In The UK) and Being Flynn (from the 2012 film of the same name). His soundtrack to the 2002 film About A Boy, starring Hugh Grant, remains one of Badly Drawn Boy’s most critically acclaimed and successful albums (certified Gold in the UK) and spawned two singles, ‘Silent Sigh’ and ‘Something To Talk About’.

Expect all the hits with a few surprises along the way.  For Ticket info check www.onhandbookings.com or www.badlydrawnboy.co.uk