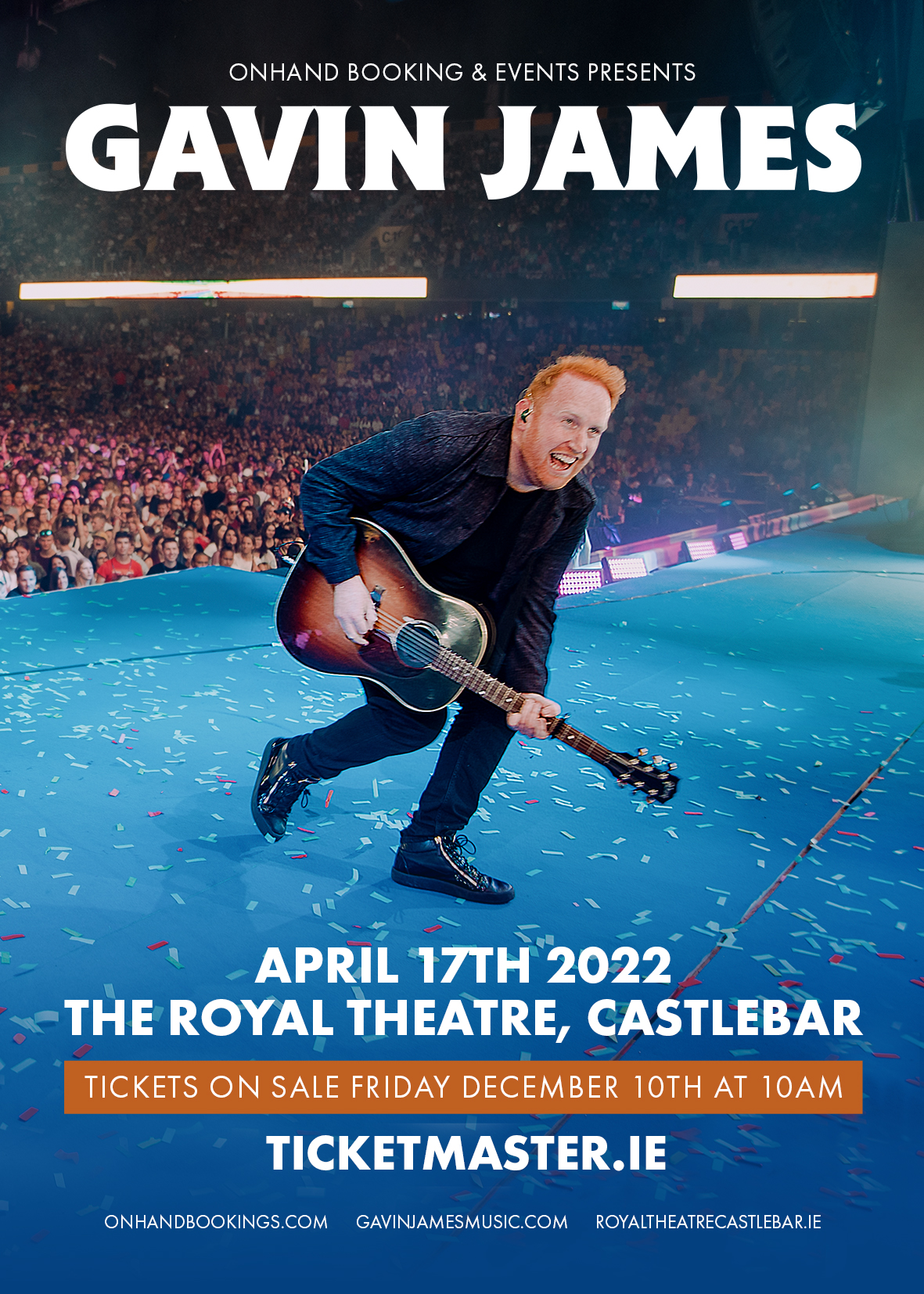 Thrilled to be involved with Gavin Jame’s Irish Tour. He’ll land in The Royal Theatre on Sunday April 17th 2022. Tickets to go on sale this Friday Dec 10th at 10am. His amazing song writing ability has been the key to unlocking 1.5 billion streams, 6 million monthly listeners on Spotify, 32 Platinum and Gold records across the globe.

From previous hits such as ‘Always’ and ‘Nervous’ to his more recent releases ‘Sober’ and his brand new single ‘Greatest Hits’, which is currently in the top 5 radio airplay charts in Ireland, play listed on BBC Radio 2 and been championed on radio worldwide in Brazil, Switzerland, Portugal, Belgium, France, Germany and Japan. Having sold over 250,000 tickets worldwide Gavin is currently finishing his 3rd album and this headline tour will coincide with the release of that brand new album. Catch him in The Royal Theatre Castlebar on Easter Sunday April 17th. Ticket onsite on Ticketmaster outlets and ticketmaster.ie