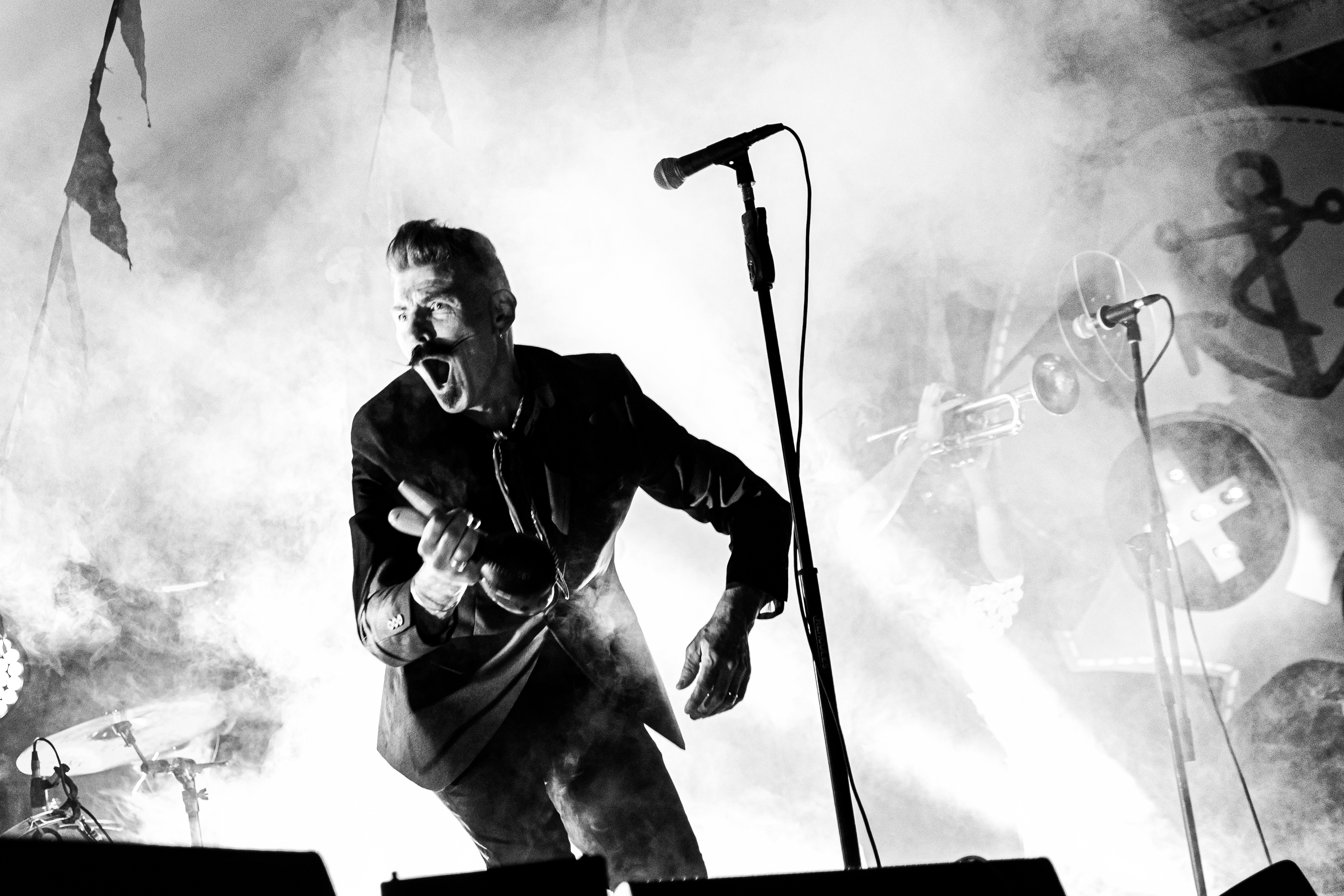 JERRY FISH
” The story of an Artist” Winter Tour.
Fresh off the back off his SOLD OUT “Hi How Are You” Tribute Night to the late, great Daniel Johnson, Jerry will be packing things up and bringing the show on the road.
You can catch Jerry  performing his critically acclaimed single “True Love Will Find You in The End’ alongside his brand new track  ‘The Story of An Artist’, both penned by the late great Daniel Johnston, at a venue or arts centre this February and March.
Jerry is renowned as much for his showmanship as he is for his music. He’s a carnival creator, circus ringmaster – complete with Vaudeville moustache – a playwright, singer, songwriter and poet.
With two Platinum selling solo albums, an MTV award, a hugely popular area at The Electric Picnic and a solid reputation as a supreme and spectacular showman, we invite you to join Jerry Fish and celebrate the life of Ireland’s Greatest Showman in a venue near you!
FEB 15: TINAHELY:
COURTHOUSE ARTS CENTRE
FEB 22: DROGHEDA:
CRESCENT CONCERT HALL
FEB29: DUBLIN:
WHELANS.
MAR 6: CARRICK ON SHANNON.
THE DOCK ARTS CNETRE.
MAR 13: ENNISCORTHY.
WEXFORD ARTS PRESENTATION CENTRE.
Feb 15: https://www.courthousearts.ie/whats-on-event/jerry-fish
Feb 22: https://www.ticketweb.ie/event/jerry-fish-live-in-concert-the-crescent-concert-hall-drogheda-tickets/10193265?pl=Cres
Feb 29: http://www.whelanslive.com/index.php/jerry-fish-2/
Mar 6: https://thedock.ticketsolve.com/shows/873614303?_ga=2.75237015.440550867.1579435947-2061895773.1519637881
Mar 13: https://wexfordartscentre.ticketsolve.com/shows/873610985