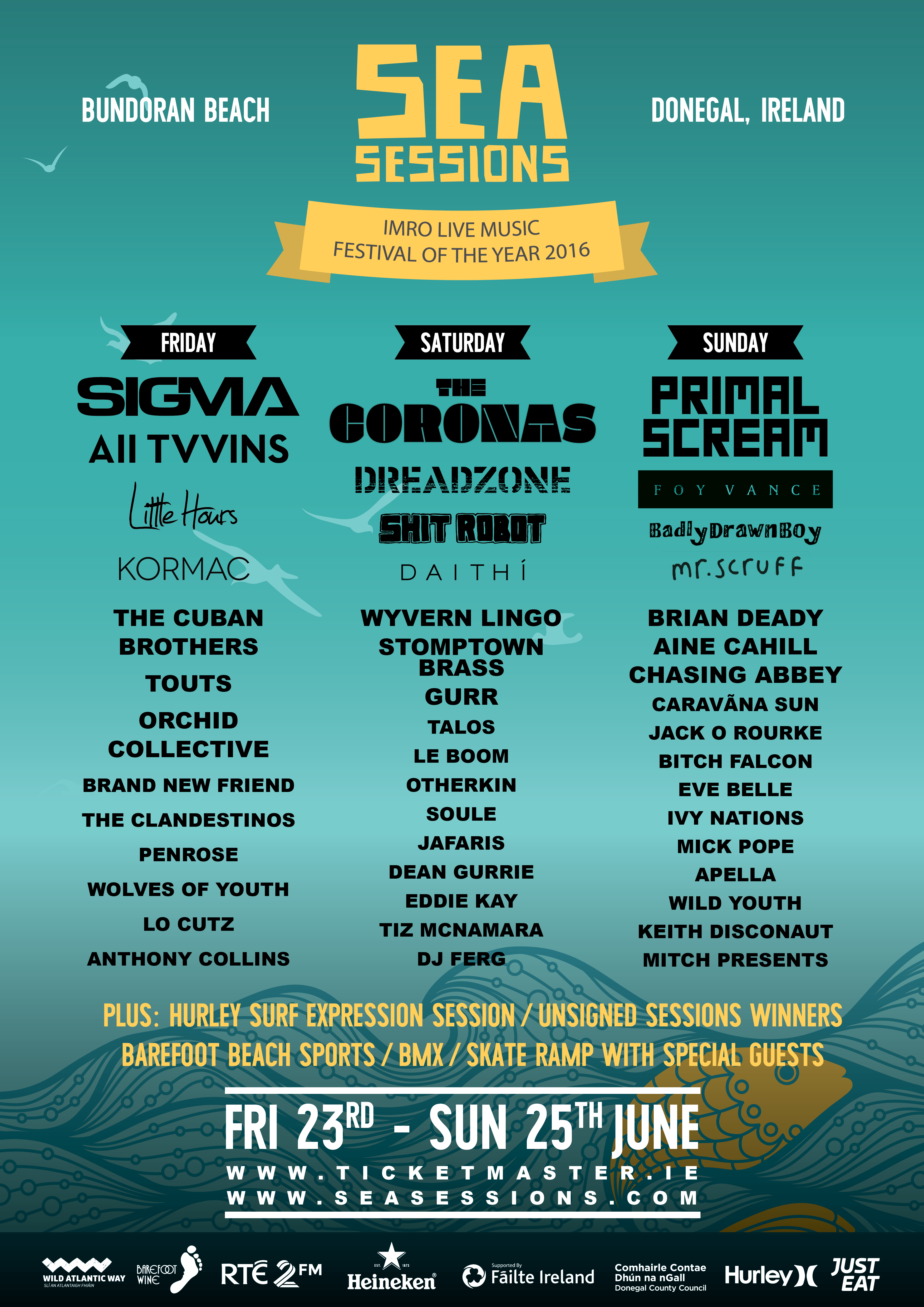 Its great to be involved with Sea Sessions again. It won IMRO live music festival for 2016, richly deserved we must say. Have a look at their lineup. Pretty impressive.

“What could be better than a weekend of top-drawer music in one of the most beautiful seaside towns in Ireland? ” Entertainment.ie.

“If you’re looking for an experience like no other this small but perfectly formed festival is guaranteed to deliver.” U Magazine.

“Sea Sessions is marking its tenth anniversary this year with a stellar line-up that includes a stunning line-up of acts.” Irish Independent

“The Festival of music and beach life is considered by many to be Irelands best new festival.” Cara Magazine. 2017.

“Ive never seen such a cool Festival….it might just be the best one in Ireland.” RTE.IE

May 17, 2017 Comments Off on Sea Sessions Full Lineup and day to day revealed!! Uncategorized admin